Home Press About Subscribe Ethics Resources Why Read the Blogs Professional Services
X
Welcome and thank you for your interest in my blogs. I hope you'll link to my website www.stevenmintzethics.com and sign up for my newsletter that has information directed towards your needs and updated information.Follow me on Facebook for updates www.facebook.com/StevenMintzEthics and “Like" my page.

Disney Fires Yet Another CEO

Is Disney the Happiest Place on Earth? Last week it was announced by The Walt Disney Co. that former CEO Bob Chapek earned $24.2 million in total compensation during the company’s fiscal 2022 year (ending September 30), his final full year as CEO. In addition, Disney revealed that Chapek should... Read more →

What Does Morality Mean to You?

The Divide Between Older and Younger Americans is Widening From time to time, I come across a survey that leads me to wonder why Americans have different views about morality. Isn’t it a matter of right versus wrong? Doesn’t The Golden Rule explain it best? According to a survey by... Read more → 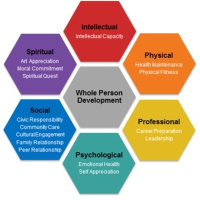 A New Approach to Ethics Education I have been reading a lot lately about the importance of educating the whole person. We can think of education as a roadmap to self-actualization. In other words, become the best version of yourself, one who is socially and psychological fit and aspires to... Read more →

What is the Difference Between Virtue and Virtue Signaling?

Who is Good. You or Me? Who is Right. You or Me? I published a blog about virtue signaling back on May 28, 2021. There has been so much discussion of it since then that I decided to refresh the blog and bring my thoughts up to date. Virtue Ethics... Read more →

The Time is Right to Mandate Financial Reporting of ESG Issues

Sustainability Disclosures Need to Be Enhanced It seems that everywhere we turn these days sustainability reporting is discussed. From individuals to corporations and nonprofits, almost everyone is jumping on board with the idea that we all need to live more sustainable lives including protecting the environment. Reporting on ESG Issues... Read more →